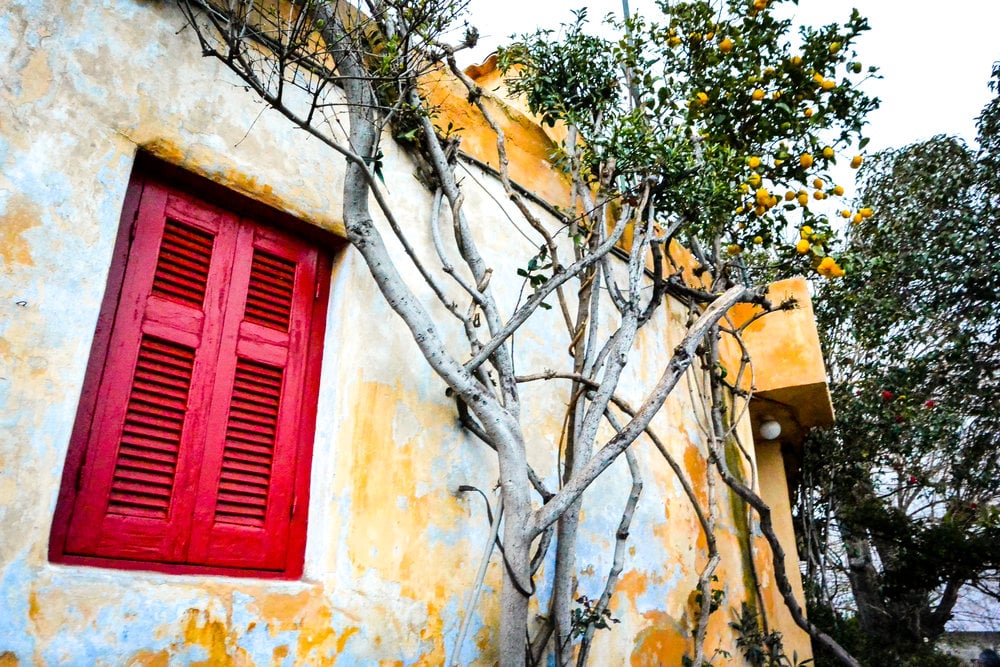 Basking in the sun by the beautiful glittering waters of the Mediterranean and cavorting through cobblestone streets lined with blue and white houses is only the beginning of a dream vacation in Greece. The best way to experience all the isles have to offer, without the high season crowds of summer, is to grab some friends and visit in springtime. My girlfriends and I chose the month of April, and it was the perfect setting for our escape. Traveling through Greece during the shoulder season has limited choices for hotels and restaurants, but it's worth steering clear of the tourists who come ashore in droves each summer.

We began our Greek getaway in the capital city of Athens, as one should, making our way to more remote islands after we hit the big points of interest. Among each city and the different islands, we found each stop had a cultural identity ingrained in the people. From agriculture to architecture, the places we encountered were beautifully rich with a unique energy woven into their culture. 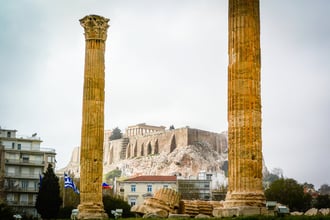 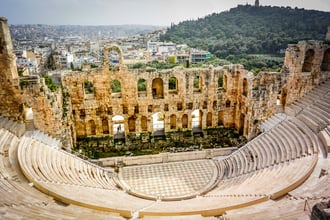 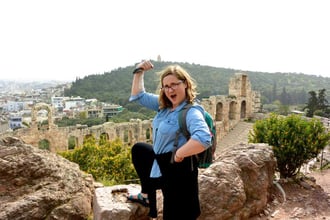 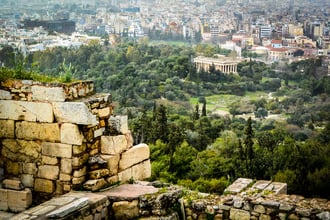 Anyone on their first (or even second) trip to Greece must include a stop in Athens. As the capital city and home to historic structures including the Parthenon, the Temple of Athena, the Odeon Theater, and more, it feels as though you've stepped back into ancient times as you walk the massive edifices with a guide telling the tales of those who lived, worked, played, and died here. We stayed a few days in this bustling metropolis and opted for a public "hop-on/hop-off" bus to the main sites. This was a quick way to learn the history of each place and provided free entry to most of the sites we wanted to visit.  Atop the Acropolis, the ancient citadel standing tall over Athens, the entire city looks like Lego's piled on top of the rocky landscape, in the most beautiful way.

After visiting the Acropolis, I recommend perusing the Acropolis Museum or the National Archaeological Museum. The National Gardens are also a lovely stop, especially in springtime. Getting lost in the streets, finding baklava and gelato to keep us going, and seeing much of the city from the second deck of a bus provided just the right amount of overview we needed to get a feel for Athens. The nightlife in the city is definitely a treat, and we found an open-air cocktail bar, Six Dogs, along with a hidden bar, TAF (The Art Foundation), thanks to the insight from our hotel concierge. 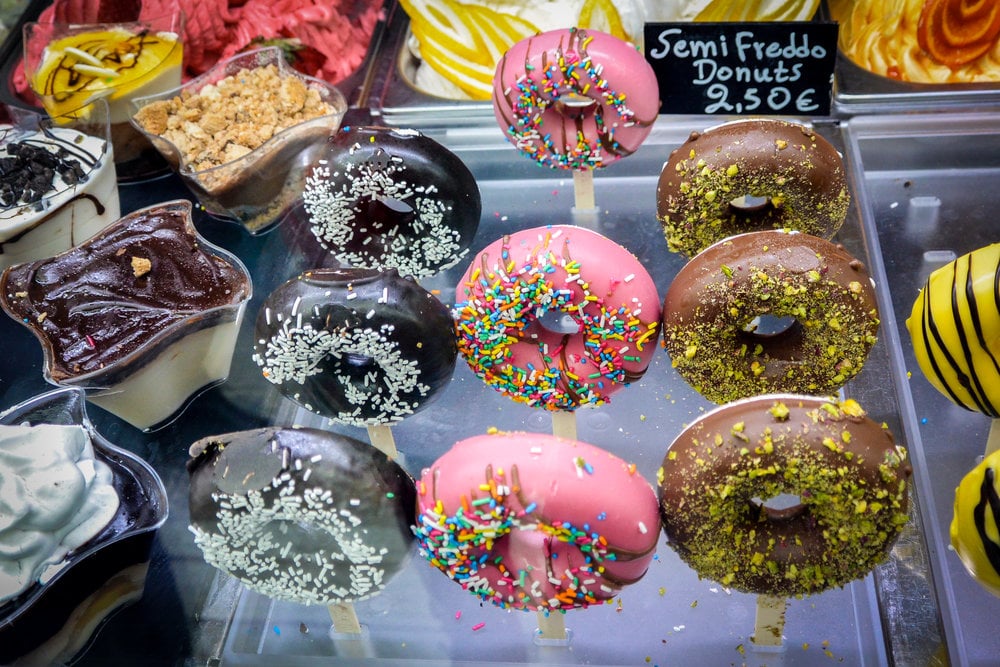 While still staying in Athens, we booked a day cruise to the quaint islands of the Saronic Gulf. Cruising to Aegina, Poros, and Hydra included a complimentary lunch, entertainment onboard, a full bar, and a café for snacks. Of the three islands, Hydra was by far my favorite for its natural beauty. Sailing up to the island, the deep turquoise water contrasted beautifully with the colorful winding roads of the town before us. With no motorized vehicles or even bicycles on the island, everyone either walks or rides a donkey to get around, making the island a haven for adorable B&Bs and family-owned hotels. Without building developments or teeming populations—Hydra is the perfect place to relax in Greece. We felt as though we were walking through a scene from Mamma Mia, where people would invite you into their abode for a homemade meal complete with fresh olives and ouzo. The bougainvillea in full bloom, purple hanging wisteria, spiny agave plants, and fragrant lemon trees surround white and pale yellow houses topped with bright orange terra cotta roofs. Each of the islands was distinct, but I would’ve enjoyed staying on Hydra for a few days to explore and soak up the views while lounging on a beach and indulging in local eats. 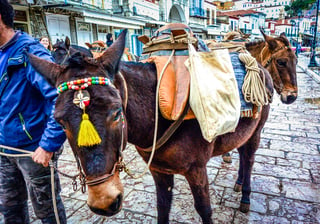 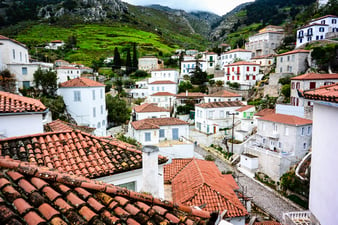 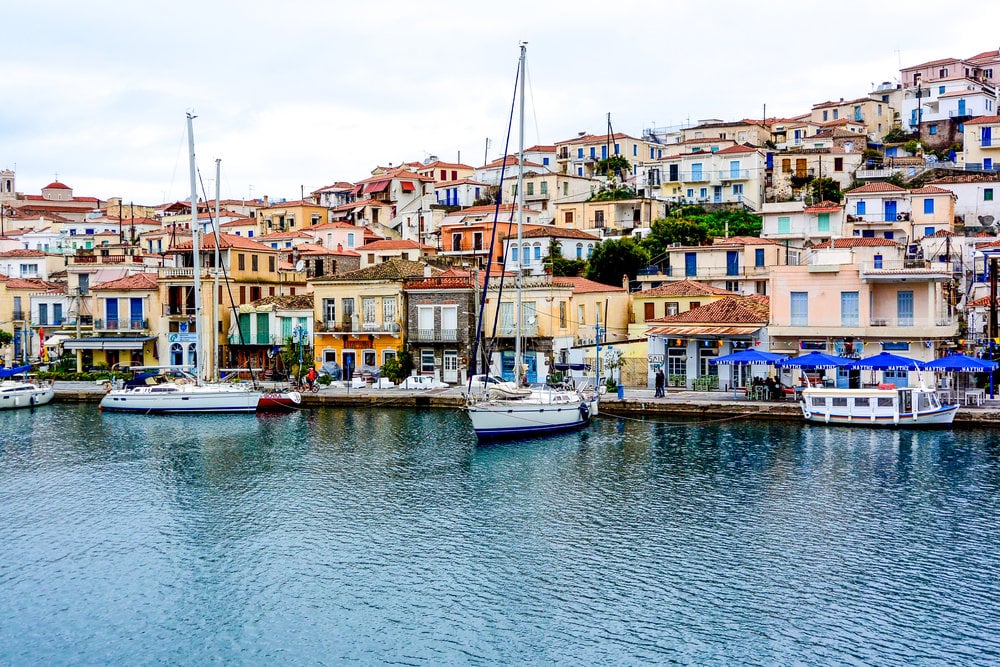 We then took a small plane to Crete, the largest of the Greek islands, where we stayed in Chania for the rest of our vacation. Crete offers the an amazing combination of mountains for hiking and some of the best beaches for sunning the Mediterranean has to offer. Chania is a lively port city known for its Old Venetian Harbor with adorable waterfront restaurants, winding narrow roads, and a variety of old buildings of Venetian and Turkish design. We spent a day window shopping the cute, kitschy stores and strolling the smaller museums and another relaxing on the uncrowded beach. Our family-owned hotel was walking distance to Agii Apostgolli beach, providing the most stunning views of the Mediterranean from within a secluded cove, which also happens to be near a fantastic gyro lunch spot where we imbibed local beer and devoured pita-wrapped souvlaki before hitting the beach.

We booked a tour of Crete's magnificent beaches that guided us through Samaria Gorge to some of the island's most popular sand. Since we were outside the high season, each of the three beaches we visited were empty, with not a soul in sight! The first was Elafonisi, known as “the pink beach” for the pink hues in the sand from broken shells, and home to a small island you can walk out to, due to the shallow waters. The bright white sand and lagoon waters of the island are a protected zone, keeping this gem of a beach an exotic paradise safe from harm. During the summer, the shores paving the way to the island are packed with people enjoying the shallow rippling waters, but we had the place luxuriously to ourselves. 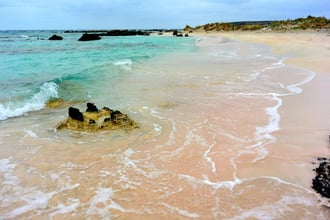 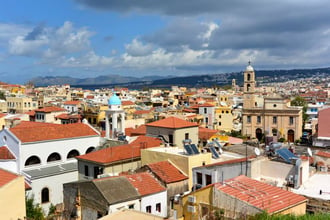 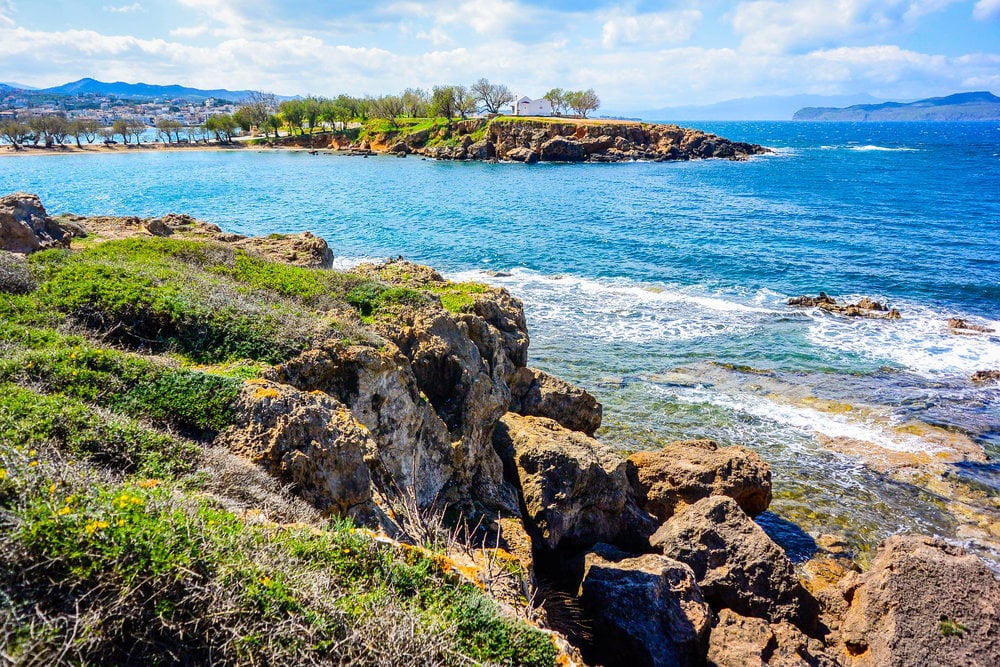 The next morning the weather was a bit cloudy, so we stopped at Balos Beach for pictures before traveling on. Similar to Elafonisi, this beach featured a sandy peninsula leading to an island with a lagoon on either side. The turquoise waters fade to a light aquamarine color in the shallow lagoon, which is perfect for swimming or floating in the gentle waves. Finally, following the winding streets of olive groves and mountain goats, we made it to our last beach, Falassarna. By then, the sun was out and this long strip of beach was radiant, with its rocky cliffs and sparkling waters. We found the perfect place to take a dip--a little cove where the waves were blocked by rocks creating a deep pool of glassy water. By the end of our adventure, we were thrilled to have those pristine beach experiences and fell in love with the entire island of Crete.

Greece in springtime is vibrant yet peaceful unlike, the crowded summers, but whenever you choose to go, you’ll have a magical experience because Greece has such variety of beautiful places to explore and local experiences to soak up. Our travel advisors will be thrilled to help book all the details of your very own Greek getaway. 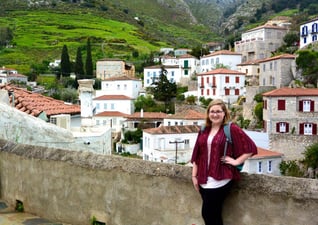 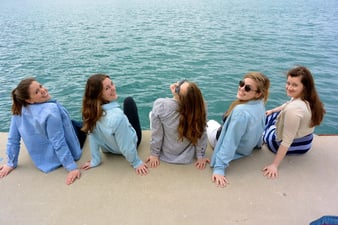